THE SOUND AND MUSIC ALLIANCE (SAMA) 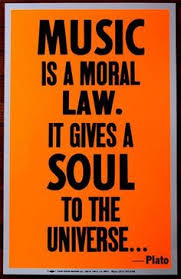 THE SOUND AND MUSIC ALLIANCE (SAMA)

SAMA acknowledges the timeless bond between sound and life, and honors the indigenous, traditional, historic, scientific and aesthetic wisdom from which sound and music methods, practices, and knowledge evolve.FROM SAMA MISSION STATEMENT.

A bone flute was recently found in France, dating back thirty-two thousand years—evidence that humans have been playing music since the dawn of culture.1 Ruminations on music by Pythagoras (d. 495 BCE) and Plato (d. 347 BCE) endure, varied functions of sound are memorialized in the Bible, and early scientific considerations go back to J. Struthius (1510–1568).2 Flash forward five hundred years, and music therapy is abundant. High-intensity focused ultrasound (HIFU) offers noninvasive treatment for certain cancers, rhythm becomes a prescription for Parkinson’s, there are 270,000 active choirs with 42.6 million people singing in America, and the rattle and drum continue to serve as powerful tools of indigenous sound healers. This legacy, which spans thousands of years and touches almost every culture, gave birth to SAMA in 2008. 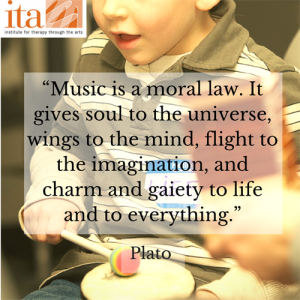 These days, there is active exploration and use of benefit-oriented music and sound—from birthing to dying! Human beings certainly know how to create tools, and intentional sound and music as a transformative process is coming into its place in the sun.

How do practitioners of sound vibration—as abundant as air and as soothing or destructive as water—self-organize? And why would they, anyway?

ETHICS IS THE KEY

I remember sitting in a circle of colleagues at a New Hampshire sound colloquium in 1993. The consideration of “ethics” was hot in the air. Unfortunately, proprietary interests were too thick, and a formation of ethical standards was lost in the vapors. Fifteen years, however, is not a long time in the overall schema of professional politics and field development. Cohesion, like entrainment, seems to be a natural process . . .By 2007, it became apparent that the emerging field of soundwork had actually come into view and was being noticed by our culture. Publishers sensed the marketplace, and bookshelves were filled with sound healing books of many stripes, benefit-specific products of increased scientific basis were abundant, highly focused training programs were maturing, and schools were beginning to teach year-long survey courses about the power of sonic energy. The nubile field of sound also presented abundant commercial possibilities. As conferences proliferated, some framed the field in a sophisticated manner, of which we are worthy. Other promoters, however, weren’t so mindful.At this time, Lisa Rafel (musician and therapeutic soundworker) and I were on the faculty of a San Francisco sound training program. We compared notes and discovered we were both greatly concerned about the growing velocity of commercial interest in the world of intentional sound and music. We were troubled by the claims of many product manufacturers, teaching programs, and individual practitioners looking to sell a customer on the benefits of their offerings, sound or not! Finally, upon seeing a large soundwork confab turned into a carnival environment, Rafel and I were sufficiently chagrined. Could our cherished emerging field actually become a commercialized wasteland, inappropriately packaged to the public and pulled into the scrutiny of governmental regulatory agencies?Amid our concern were increasing numbers of people of all ages, interested in the field—many looking for a new career. Sound will always be a powerful attractor. We noticed the advances in research and material application, the passionate commitment of sound innovators, and the wonderful evolving synergies of new combinations. With a sacred lineage of thousands of years, professional integrity, and appropriate public presentation, how could the field of soundwork not thrive?The primary question that surfaced for Rafel and me was, What would serve to keep the practice and evolution of intentional sound integral? All the elements were present: a public love affair with music, the thrust of the energy of sound, and the desire for holistic interaction with allied fields! In the public eye, would soundwork be seen as a cheap new trick or a meaningful evolution of an energetic resource with a deep lineage and growing scientific basis?With these guiding inquiries, our work began. The mission statement says it all. The Code of Ethics and Membership Standards that recognize excellence can be found 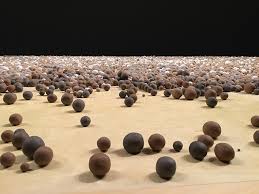 Mission StatementSAMA is an interdisciplinary alliance that promotes our mutual interests in the intentional use and transformative power of sound and music throughout the full spectrum of life cycles.

SAMA affirms the diversity of disciplines that utilize sound and music and advocates its use in health, education, research, technology, science, and the holistic arts.

SAMA promotes the professional development and welfare of its members.SAMA upholds a code of ethics applicable to its membership.

SAMA affirms the value of both qualitative and quantitative research.

SAMA serves its members, the public, institutions, employers, and policy makers through its support of excellence in education, practice, and research.

SAMA develops educational objectives, programs, curricula and/or continuing education events, in support of our 501(c) 6 status, to provide learning opportunities for those working with music and sound.

SAMA acknowledges the timeless bond between sound and life, and honors the indigenous, traditional, historic, scientific, and aesthetic wisdom from which sound and music methods, practices, and knowledge evolve.

I include SAMA’s basic principles within the 2010 revision of this book because:SAMA is the first American professional association of intentional music and sound with a primary focus on uniting a very broad field—including scholars, researchers, writers, musicians, practitioners, and educators—to advance and improve the professional and business circumstances of all members.    I recommend your support and membership in this worthy initiative.

I encourage the inclusion of SAMA’s ethical tenets within all aspects of soundwork.

SAMA is indicative of the maturation of the field of soundwork.

The power of Sound 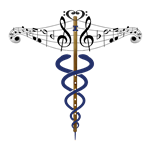